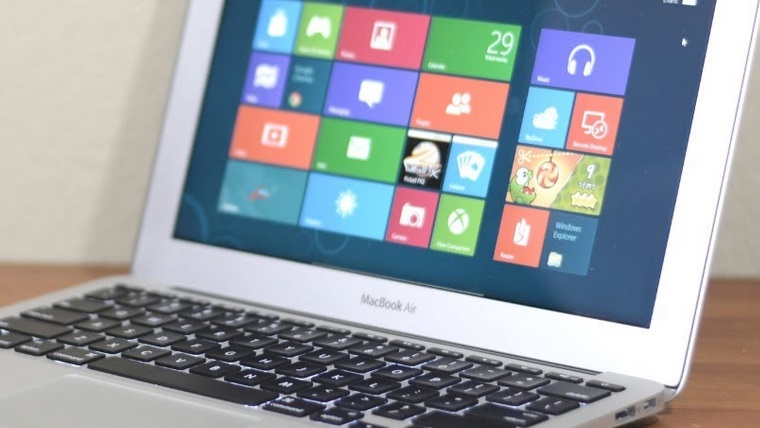 Apple has finally released the trackpad drivers for Windows 8! It's not as straightforward as I was hoping as the BootCamp 5 install fails but it's quite easy to get it working manually. If you download the bootcamp drivers (http://support.apple.com/kb/DL1638) you might run into an issue where it tells you that "Only Windows 7 can be installed" on your macbook or "x64 installation is not supported". Luckily, all you have to do is run the driver called AppleMultiTouchTrackPadInstaller64.exe and it will update the trackpad drivers for Bootcamp 4 if you have that installed.

The driver you need to install to get the trackpad working on 64-bit Windows 8 installations can be downloaded here: AppleMultiTouchTrackPadInstaller64.exe (2.29 mb)

I updated my macbook air from Windows 7 (64 bit ver) to Windows 8 Pro over the weekend. I have to admit I wasn't sure how the whole thing would go. I was worried that the drivers wouldn't work for the wifi but once everything was downloaded and installed I only had one issue - the trackpad.

To start off I downloaded Windows 8 from the Microsoft Store. The installation was very straight forward - a few clicks to agree with Microsoft terms and input my payment options and then the download began. From download to Windows 8 Start screen took about 2hrs using an 8mb broadband line to download the OS.

The installation had automatically backed up my files and programs which was great.

Once my macbook air restarted and Windows 8 was loaded I was asked to enter in my Windows Account. There was a cursor on screen and a textbox to enter my email address. I tried to move the mouse but noticed that the trackpad wasn't working. "Great stuff", I thought. Luckily the installation process was fully keyboard controlled. I finished off inputting in the required details and let Windows complete the installation. I noticed that the display driver was also not working as the screen was 100% bright. It was like staring into the sun :) Time to route out my spare usb mouse!

I tried everything to get the trackpad working but none of the articles online were working for me. A lot of articles mention using a third party app called Trackpad++ but this did not work for me. I logged out of Windows and loaded up OSX. Once this was loaded up I ran the Bootcamp Utilities tool and downloaded the drivers for Windows 7. After the download had completed I booted back into Windows 8.

I copied the driver files that Bootcamp had downloaded  from my OSX drive (My OSX Drive\Users\rich\WindowsSupport folder) to my windows desktop. Then I ran the setup.exe file from the WindowsSupport folder and left it install the default drivers for me. After this setup.exe file had completed I was able to control the screen brightness. The on-screen icon that would normally show the brightness or sound levels do not work but the effect of selecting a different brightness or sound does have the desired effect. Unfortunately running this setup did not cure my trackpad issue.

So how did I fix the trackpad issue?

Well for a start the right click does not work. Scrolling is also a pain to the point where it might as well not work either. This isn't an ideal solution but at least you can use the trackpad to move the mouse cursor and left click to allow you do some basic operations.

The best solution will come from Apple themselves when they roll out the Windows 8 drivers for Bootcamp. This is not going to be out for a while though. Windows 7 bootcamp drivers didn't come out for about 4 months after Windows 7 was released. Better keep that spare USB mouse to hand!